"The great service preterism performs is to focus attention on two major issues. The first is the time-frame references of the New Testament regarding eschatological prophecy. The preterist is a sentinel standing guard against frivolous and superficial attempts to downplay or explain away the force of the these references. The second major issue is the destruction of Jerusalem." (R. C. Sproul, The Last Days according to Jesus) pp 202-2-3

Exploring and proclaiming the good news of fulfilled prophecy and life in Christ, equipping and encouraging everyone in our journey toward biblical truth, enabling each of us to better discern and develop our roles in the kingdom of God.

101 Timing Passages regarding the Second Coming, Resurrection, and Judgment

[This list of timing passages was originally complied by David Green in an article titled "Preterism 101."]

Many Christians are unaware of how many time statements there are in the New Testament which refer to the Second Coming, The Resurrrection, and/or The Judgment. Because we often only encounter one or two of these texts at a time, it can be easy to "explain them away." However, when they are compiled in a list such the following, the message is unmistakeable: Jesus and the New Testament authors taught and expected Christ to return in their generation! Furthermore, opponents of preterism often accuse preterists of building their eschatology on only one or two texts. For example, John MacArthur claims that

"hyper-preterists build their whole theology on a misunderstanding of Christi's words in Matthew 24:34: 'Assuredly, I say to you, this generation will by no means pass away till all these things take place." (The Second Coming, p 10)

"The foundational thesis of all forms of hyper-preterism is the idea that the second coming of Jesus Christ occured in or around A.D. 70. Hyper-preterists have attempted to defend this thesis by appealing to certain eschatological 'time texts' within the New Testament." (When Shall These Things Be? p 212)

While MacArthur accuses (hyper) preterists of building our theology on a single passage, Mathison claims that we appeal to "certain" New Testament texts. However, nothing could be further from the truth! Full preterists (whom MacArthur and Mathison pejoratively label "hyper-preterists") build their theology on every New Testament time text. However, because these texts are scattered throughout the New Testament, we typically encounter them one at a time, which makes dismissing their apparent meaning much easier. It also makes the accusations against full preterism like MacArthur and Mathison have made sound plausible. However, once Bible students are confronted with a comprehensive list of time statements, it becomes quite apparent that full preterism is not built upon only "certain" New Testament texts, let alone a single passage. As you will see, the list is quite substantial. Furthermore, this list contains only the most direct time statements; there are also numerous indirect time statements, but those will be addressed in a separate article.

Some acknowledge this sense of imminency regarding eschatological events, and argue that God wants all saints at in all times to have a spirit of expectation. But if that's the case, why were no Old Testament prophets told that the kingdom was "at hand" or coming "soon"? 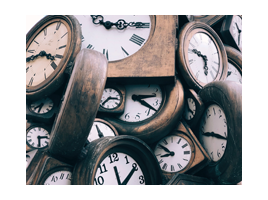 9. For the Son of Man going [Gk. about] to come with his angels in the glory of his Father, and then he will repay each person according to what he has done. (Matthew 16:27 ESV)

11. "When therefore the owner of the vineyard comes, what will he do to those tenants?" They said to him, "He will put those wretches to a miserable death and let out the vineyard to other tenants who will give him the fruits in their seasons." Jesus said to them, "Have you never read in the Scriptures:
'The stone that the builders rejected
has become the cornerstone;
this was the Lord's doing,
and it is marvelous in our eyes'?
Therefore I tell you, the kingdom of God will be taken away from you and given to a people producing its fruits. And the one who falls on this stone will be broken to pieces; and when it falls on anyone, it will crush him." When the chief priests and the Pharisees heard his parables, they perceived that he was speaking about them. (Matthew 21:40-45 ESV)

12. Truly I say to you, this generation will not pass away until all these things take place. (Matthew 24:34 ESV)

15. What will the owner of the vineyard do? He will come and destroy the tenants and give the vineyard to others. . . . they perceived that he had told the parable against them. (Mark 12:9, 12 ESV)

16. This generationwill not pass away until all these things take place.. (Mark 13:30 ESV)

22. What therefore will the owner of the vineyard do to them? He will come and destroy those tenants and give the vineyard to others." . . . The scribes and the chief priests sought to lay hands on him at that very hour, for they perceived that he had told this parable against them. (Luke 20:15, 19 ESV)

25. But turning to them Jesus said, "Daughters of Jerusalem, do not weep for me, but weep for yourselves and for your children. For behold, the days are coming when they will say, 'Blessed are the barren and the wombs that never bore and the breasts that never nursed!' Then they will begin to say to the mountains, 'Fall on us,' and to the hills, 'Cover us.' (Luke 23:28-30 ESV; cf. Rev 6:14-17)

35. For I consider that the sufferings of this present time are not worth comparing with the glory that is [Gk. about] to be revealed to us. (Romans 8:18 ESV)

36. Besides this you know the time, that the hour has come for you to wake from sleep. For salvation is nearer to us now than when we first believed. (Romans 13:31 ESV)

38. This is what I mean, brothers: the appointed time has grown very short. (1 Corinthians 7:29 ESV)

40. Now these things happened to them as an example, but they were written down for our instruction, on whom the end of the ages has come. (1 Corinthians 10:11 ESV)

41. We shall not all sleep, but we shall all be changed, in a moment, in the twinkling of an eye, at the last trumpet. For the trumpet will sound, and the dead will be raised imperishable, and we shall be changed. (1 Corinthians 7:29 ESV)

47. But you are not in darkness, brothers, for that day to surprise you like a thief. (1 Thessalonians 5:4 ESV)

48. . . . may your whole spirit and soul and body be kept blameless at the coming of our Lord Jesus Christ. (1 Thessalonians 5:23 ESV)

49. . . . since indeed God considers it just to repay with affliction those who afflict you, and grant relief to you who are afflicted as well as to us, when the Lord Jesus is revealed from heaven with his mighty angels in flaming fire . . . . (2 Thessalonians 1:6-7 ESV)

51. I charge you . . . to keep the commandment unstained and free from reproach until the appearing of our Lord Jesus Christ. (1 Timothy 6:13-14 ESV)

53. But understand this, that in the last days there will come times of difficulty. For people will be lovers of self, lovers of money, proud, arrogant . . . Avoid such people. (2 Timothy 3:1-5 ESV)

56. Are they not all ministering spirits sent out to serve for the sake of those who are [Gk. about] to inherit salvation? (Hebrews 1:14 ESV)

57. For it was not to angels that God subjected the world [Gk. about] to come, of which we are speaking. (Hebrews 2:5 ESV)

59. For land that has drunk the rain that often falls in it, and produces a crop useful to those for whose sake it is cultivated, receives a blessing from God. But if it bears thorns and thistles, it is worthless and near to being cursed, and its end is to be burned (Hebrews 6:7-8 ESV)

60. In speaking of a new covenant, he makes the first one obsolete. And what is becoming obsolete and growing old is ready to vanish away. (Hebrews 8:13 ESV)

61. By this the Holy Spirit indicates that the way into the holy places is not yet opened as long as the first section is still standing (which is symbolic for the present age). According to this arrangement, gifts and sacrifices are offered that cannot perfect the conscience of the worshiper, but deal only with food and drink and various washings, regulations for the body imposed until the time of the reformation. (Hebrews 9:8-10; cf. Galatians 4:19, Ephesians 2:21-22, 3:17, 4:13)

63. But as it is, he has appeared once for all at the end of the ages to put way sin by the sacrifice of himself. (Hebrews 9:26 ESV)

76. The end of all things is at hand; therefore be self-controlled and sober-minded for the sake of your prayers. (1 Peter 4:7 ESV)

79. And we have the prophetic word more fully confirned, to which you will do well to pay attention as to a lamp shining in a dark place, until the day dawns the morning star rises in your hearts . . . . (2 Peter 1:19 ESV)

82. But the day of the Lord will come like a thief, and then the heavens will pass away with a roar, and the heavenly bodies will be burned up and dissolved, and the earth and the works that are done on it will be exposed. Since all these things are thus to be dissolved, what sort of people ought you to be in lives of holiness and godliness, waiting for and hastenining the coming of the day of God . . . ! (2 Peter 3:10-12 ESV)

87. . . . and every spirit that does not confess Jesus is not from God. This is the spirit of the antichrist, which you heard was coming and now is in the world already. (1 John 4:3; cf. 2 Thessalonians 2:7 ESV)

88. For certain people have crept in unnoticed who long ago were designated for this condemnation . . . . It was about these that Enoch, the seventh from Adam, prophesied, saying, "Behold, the Lord comes with then thousands of his holy ones . . . .(Jude 4, 14-15 ESV)

89. But you must remember, beloved, the predictions of the apostles of our Lord Jesus Christ. They said to you, "In the last time there will be scoffers, follwing the own ungodly passions." It is these who cause divisions . . . . (Jude 17-19 ESV)

90. The revelation of Jesus Christ, which God gave him to show to his servants the things that must soon take place. (Revelation 1:1 ESV)

93. Because you have kept my word about patient endurance, I will keep you from the hour of trial that is coming [Gk. about to come] on the whole world. (Revelation 3:10 ESV)